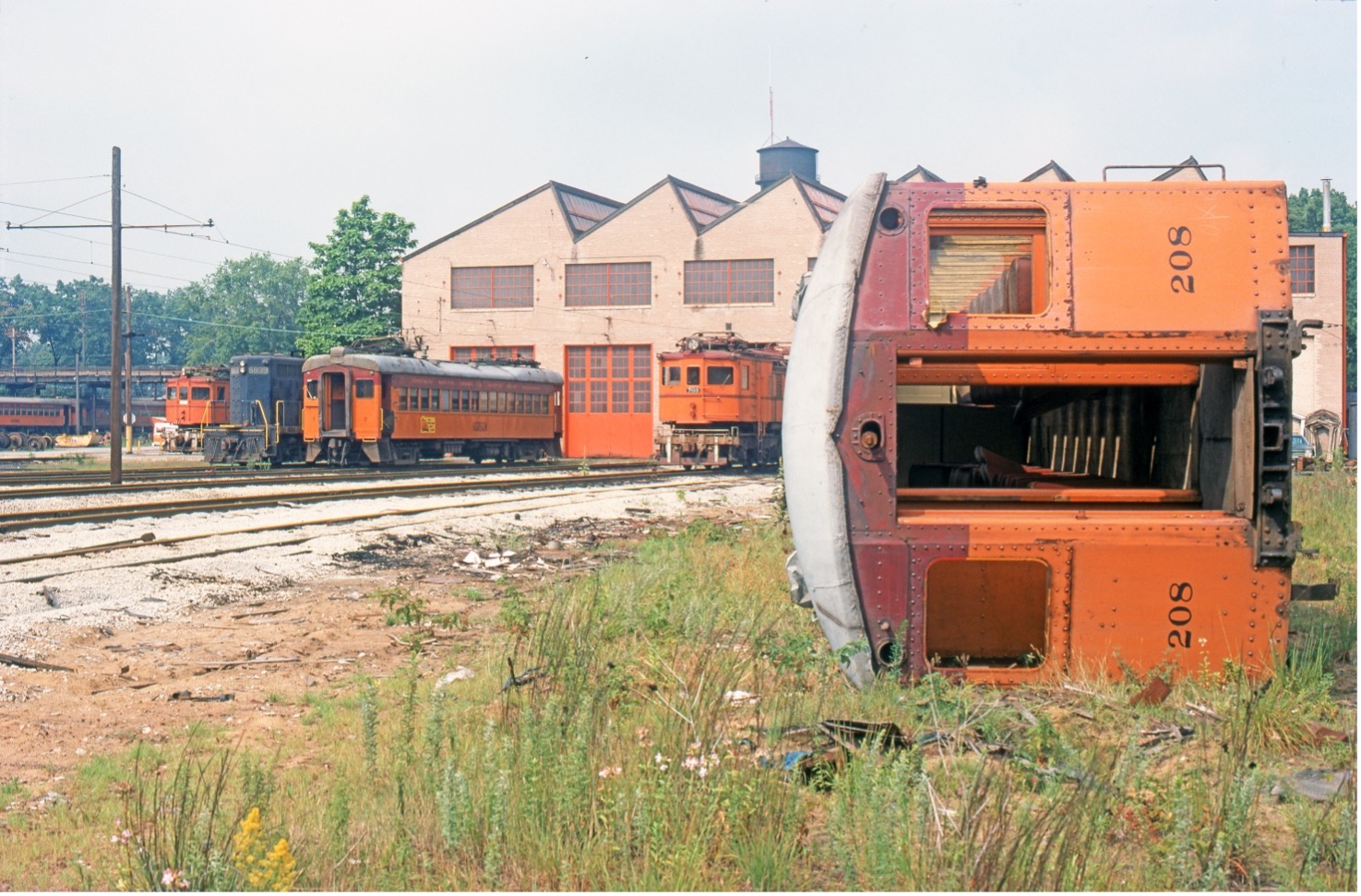 South Shore Line coach trailer after being stripped by the Michigan City shop forces, 2 August 1974. The Illinois Railway Museum attempted to preserve at least one of the short trailers, but all eight cars came up “no sale.” All were off the equipment ledger by the end of 1975.

There are two typical recipients of railroad equipment, nonprofit museums and private parties. Unfortunately, railroad museums are usually all too willing to be recipients of equipment without any thought whether there are relevant stories that can be told with their new acquisitions, or what utility the equipment can provide. The result is most often less museum and more rail car menagerie.

Private party ownership of railroad equipment can lead to worse outcomes – equipment is often butchered for a use as a home, outbuilding, or commercial venture. Here, space needs are the first consideration. During the 1980s and 90s, restoring railroad cars rescued from homes and businesses for preservation became something of a cottage industry for railroad museums and their vendors.

Not Much Lost, But Nothing Preserved

This discussion is limited to South Shore Line freight locomotive, Merchandise Despatch, and passenger car equipment that operated after the re-electrification of the South Shore Line in 1926. Equipment of The Chicago, Lake Shore and South Bend Railway that was retired and scrapped at the time of the re-electrification in 1926 is not considered here. However, the one wood coach trailer that was scrapped in 1929 is covered below; one wood passenger car and the two locomotives that operated anywhere after that date will be covered in later posts. 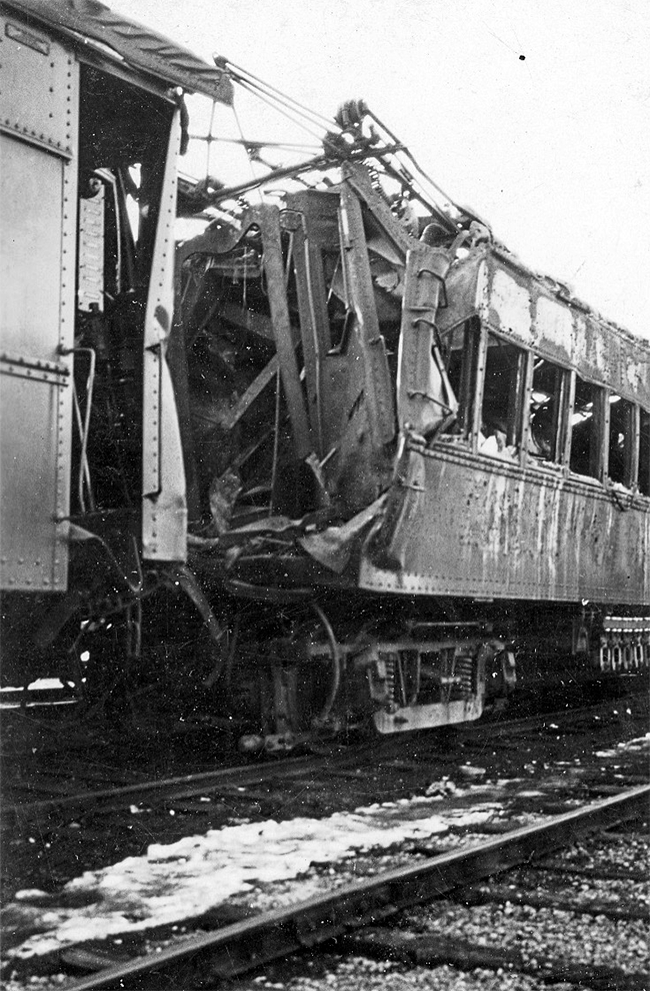 Passenger Car #10: Car #10, a coach with walk-over seats and a box smoker, was scrapped after it was wrecked and burned on 1 January 1928 in a fatal rear-end collision at Parsons, Illinois.

Car #10 sustained structural and fire damage after striking car #203 at Parsons. Car #203 was rebuilt and is in the SSLMP preservation collection at Michigan City, Indiana. Car #10 was the first South Shore Line passenger car scrapped. There was one fatality as a result of the collision between car #10 and car #203 – Motorman Stafford aboard car #10. [1]

Passenger Car #224: Car #224, a wooden coach trailer, was removed from passenger service in March 1929 and scrapped. [2] The South Shore Line had proposed to operate a mixed fleet of wood and steel cars as was done on the Chicago, North Shore and Milwaukee; the Chicago, Aurora and Elgin; and the Chicago Rapid Transit Company. [3]  Likely as a result of the wreck at Parsons, Illinois, in 1928, a decision was made to order additional steel cars and to withdraw the two wooden trailers from passenger service. 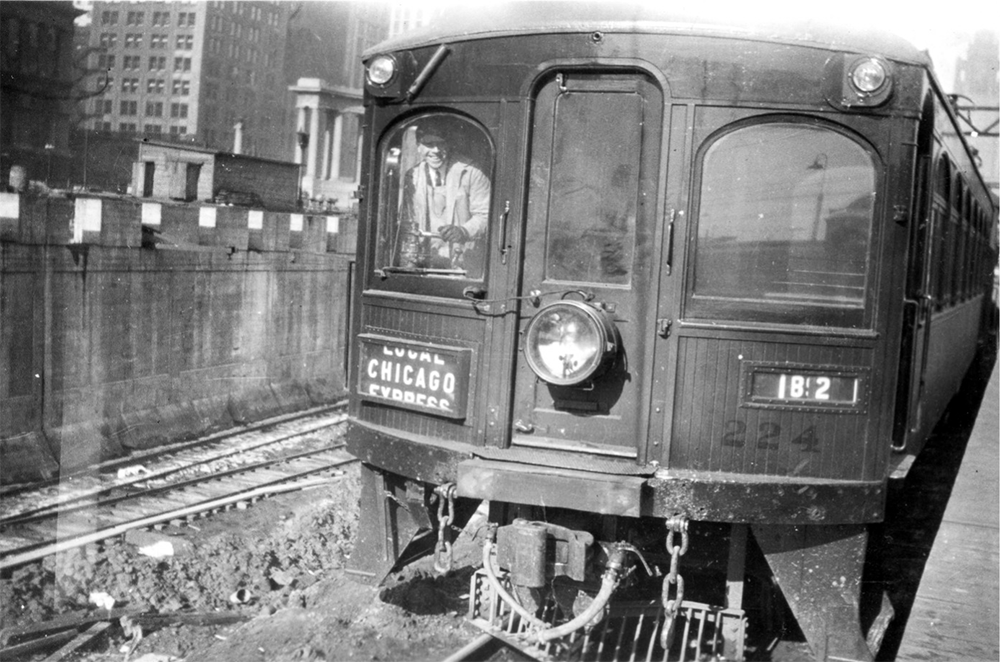 Coach trailer #224 at Randolph Street, Chicago, 1927. Although the Insull Group operated mixed fleets of wooden and steel equipment elsewhere, the decision to eliminate wooden cars from the South Shore Line was unique in their Chicago operations. Mixed fleets continued in service on the Insull Group railways in Chicago for three decades after this photograph was taken, the last wooden cars were not removed from service on Chicago’s ‘L’ until 1 December 1957. [4]

Merchandise Despatch Motor #401: Car #401 was removed from Merchandise Despatch (freight) service at about the time that that trailer-on-flatcar less-than-carload service ended on the South Shore Line circa 1937. Under AFR 8084 of 1 November 1937, car #401 was dismantled. Electrical equipment from car #401 was salvaged to motorize coach trailer #213. [5]  Once motorized, car 213 was renumbered car #40. Car #40 survives at the Illinois Railway Museum. 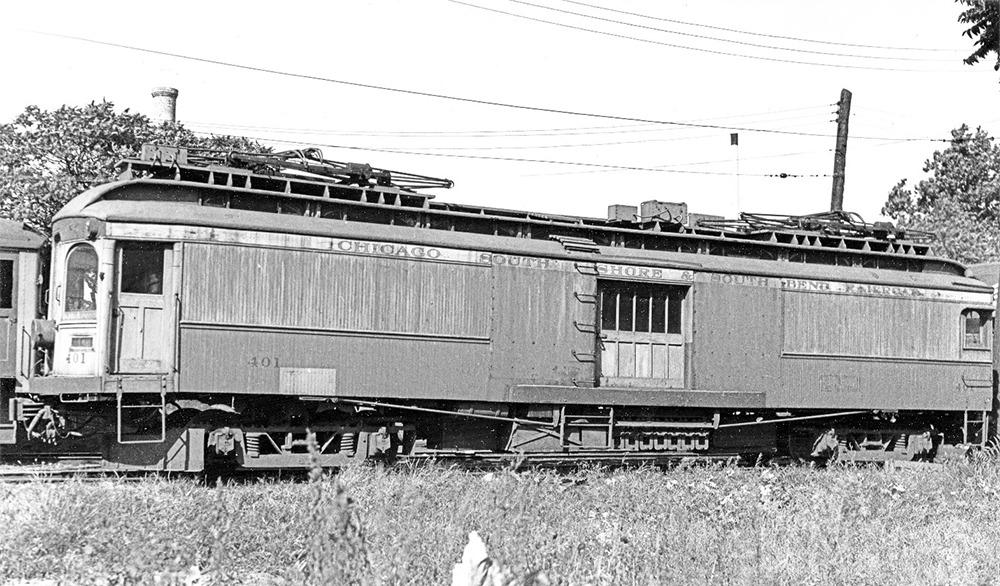 Although scrapped, car #401 was not a total loss. Electrical equipment from car #401 may yet survive as it was stripped from the car body after its retirement in December 1937. All the Insull-era passenger cars that were out of service before August 1983 were cannibalized to keep the remaining cars running; some of the cars sat for years while shop forces robbed them of what good usable equipment remained.

[1] Interstate Com. Commission Report of the Director of the Bureau of Safety in the Investigation of an Accident which occurred on the Chicago, South Shore and South Bend Railroad at Parsons, Ill., on 1 January 1928, 13 March 1928, http://southshore.railfan.net/pdf/19280101-CSSSB%20Accident.pdf.